The other week I finally had enough space in my calendar to binge watch the Anne with an E series. As a major Anne fan since last century (I love being able to say that!), with requisite hair color and appropriate middle name, who has read all the books many times, can quote the 1985 movie nearly word perfectly, AND as someone who has been so fortunate to visit Prince Edward Island (dragging my long suffering husband along in the process), I was looking forward to this version, even though I’d heard mixed reviews.

Let’s just say…those mixed reviews were given for a reason. Yes, the scenery, the clothing, the set design were all beautiful. And it was wonderful to see places I’d actually seen in real life.

But…in giving 27 episodes to a book, the team behind the production obviously thought they needed to pad out the series with new storylines, and in doing so thought it time to introduce Anne to a new generation via contemporary issues. This politically correct ‘woke’ version sees (spoilers alert): Gilbert befriending a Trinidadian man whom he later calls ‘brother’ as they live on the farm, Anne and Matthew (who for some reason didn’t die) off rescuing native North Americans when Anne’s friend Ka’kwet is stolen away by the government, critical scenes such as The Lady of Shalott boating  disaster cut, suppression of children’s right to be heard via a printing press scandal, Aunt Josephine being held up as some kind of LGBT hero, on and on it goes.

Anne wasn’t the ethereal, winsome, fairy-believing sensitive dreamer we see in the books (or in Megan Follows 1985 TV mini-series portrayal). Oh no. Instead, she’s a redrawn as a feminist, passionate-about-every-cause gal to the extent she’s more often spittin’ chips and rushing off to solve the problems of the world, rather than demonstrating the sympathetic character so many readers can identify with in the novels. As for Gilbert – seriously? Falling in love with someone OTHER than Anne to the point of considering marriage, when we all know Anne is his One True Love (and are considering why someone who looks SO young could possibly be considered as marriage material. By anyone.) – hello?

Seriously, why did anyone think it necessary to mess with the perfection found in the pages of LM Montgomery’s works?

It’s this ‘rewriting’ of historical novels that concerns me. We saw a bit of Feminist Jo in Little Women (which is perhaps a little more believable, given Louisa May Alcott’s family background). And yes, I was surprised to learn from the new Anne series that there really was a place in Charlottetown called The Bog, which was the place for the poor and blacks in this time period (but is never mentioned in LM Montgomery’s books). So, too, the Indian tribe mentioned did exist in the Maritime provinces in this time, and yes, they were subjected to horrors in forced assimilation.

But it’s this new whitewashing of historical novels, this ‘pick a current cause and insert it into classic fiction’ that I find troubling. How long will it be before we see Pride & Politically Correct, where Mr. Darcy is championing votes for women whilst simultaneously burning down slave owners houses? Will we soon see Romeo and Juliet: PC Lives Again, where they don’t die, but instead form a counselling service which brings their two families together, they all forgive, hold hands, sing kumbaya, and everyone lives to a ripe old age of one hundred?

Don’t get me wrong. I think many of these issues are worth talking about. But inserting them into historical fiction to try and attract more readers / viewers?

If you, like me, have loved LM Montgomery’s books, go watch the 1985 version again (maybe not the sequels), or the Road to Avonlea series. Don’t taint your Anne experience with this. 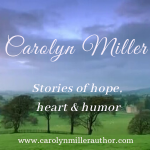 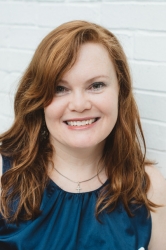 A longtime lover of romance, especially that of Jane Austen and Georgette Heyer’s Regency era, Carolyn holds a BA in English Literature, and loves drawing readers into fictional worlds that show the truth of God’s grace in our lives. Her Regency novels include The Elusive Miss Ellison, The Captivating Lady Charlotte, The Dishonorable Miss DeLancey, Winning Miss Winthrop, Miss Serena's Secret, The Making of Mrs. Hale, A Hero for Miss Hatherleigh,