Books sometimes begin as a title.

Okay, I’ll admit that it’s not often, but it happens.  Like Premeditated Serendipity. The words just came out of nowhere when I started writing a book about a floral fiasco for the now-disbanded, Out of the Blue Bouquet collection.

At the time I wrote the book, I wrote at nights in a local prayer house, and this place is such a huge blessing to our town that I wanted to show it for all it can be.  Inspired by the movie, The War Room, the Lighthouse gives people a place to go to be quiet before the Lord. You can write out your prayers on a sticky note and place them along the walls. You can even ask the on-site watchman to pray for you.

Since the book had to have a floral fiasco, and since I had a delightful character who had appeared in most of my Fairbury books, handing out his free daisies, I knew I wanted Wayne at The Pettler to be involved somewhere.  Flowers, prayers, and a mix-up… all in Fairbury.

Take a few Bible verses, stir in a little godly interference, give a pinch of meddling, and mix well. Bake in the oven of misunderstanding until true feelings rise and come out clean.

Meet Kelsey: One of Fairbury’s most beloved nurses, she spends half her time assisting at Fairbury’s clinic and the other half singing her prayers at the local Prayer Room. She’s also waiting for Reid to decide to take a chance on her.

Then there’s Reid: An ex-convict, he’s still learning that he can’t repay for the crimes he committed—not really. That is something only Jesus could do. And he’s really ready for a change in his life, one that includes Kelsey.

So why aren’t they together?  That’s what Wayne wants to know and why he meddles with a little bit of premeditated serendipity.

The result is a story about hope, forgiveness, and love—of the Lord, of friends, and yes… of two people perfectly suited for each other.  I hope you’ll give Premeditated Serendipity a read. It’s one of my favorites. 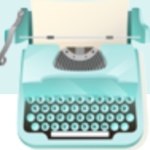 Follow Me
Chautona Havig
Chautona Havig lives in an oxymoron, escapes into imaginary worlds that look startlingly similar to ours and writes the stories that emerge. An irrepressible optimist, Chautona sees everything through a kaleidoscope of It’s a Wonderful Life sprinkled with fairy tales. Find her at chautona.com and say howdy—if you can remember how to spell her name.

Follow Me
Latest posts by Chautona Havig (see all)