The pendulum swing, to which human nature is so prone, has caused an underappreciation of fathers. It’s so easy for us to move towards extremes, especially when we feel like we are correcting past mistakes. Often where we are supposed to be is in the middle, and that holds true in this situation as well.

One of the extremes that has created a problem in the past is the revering of fathers. When I was in high school, we passed around a magazine article from the 1950s about what a housewife should and should not do. According to this article, mothers should have their children fed, cleaned, and waiting at the door when their father comes home. As soon as he has greeted his children, she is to whisk them off to bed so that their noise and mess doesn’t disturb his evening. Then she is to remove his shoes and rub his feet. If he is late, she isn’t to ask questions, and, even if she is certain he is having an affair. she shouldn’t mention it because it is her fault.

We laughed at the absurdity of this article. It put the father on a pedestal that, even if he is engaged in blatantly sinful behavior, he could never be knocked off. On the flip side, it reduced the mother to a mere glorified maid/nanny, and the children were little more than nuisances to be dealt with until they were of an age to be useful. This isn’t fatherhood, nor is it a godly representation of what a father ought to be.

As a reaction to this view of fatherhood, we have shifted as a culture to where fathers are nearly unnecessary. We have given men a free pass to produce children, but not have to partake in the raising of them. Women are now lifted up as superheroes who do it all – raise the children, provide for the family, and build their careers. Meanwhile, fathers are often portrayed as bumbling idiots who are fortunate if they have a wife to keep them in line.

I am not implying that all women need a man, or that being a single mom is a bad thing. There are times when it is a necessity to step out of a relationship, especially if it is harmful. What I am trying to say is that revering either men or women as the perfect parent is dangerous. God created men and women differently to complement each other – neither better nor worse, but they are each a help to round out the other’s flaws and weaknesses. We should appreciate the strengths of each one while understanding the weaknesses.

When I was growing up, if I needed a shoulder to cry on, I went to my mom. She would enter in with me emotionally, support me with love and compassion, and help me to feel that I wasn’t alone in my misery. On the other hand, if I wanted logical advice, I went to my dad who would analyze the situation, bring in Scripture, and guide me in the way he thought I ought to go. Both of these were important, especially in my teen years, but I wouldn’t have gone to my dad for emotional support, because he wouldn’t be able to ‘feel’ with me which would have caused frustration. And I wouldn’t have gone to my mom for analytical advice, because we both struggle to remove ourselves from the emotions of the situation. They complemented each other in their upbringing of their kids, and both had important roles.

The best reason to appreciate fathers is the reflection they are of our heavenly father. “As a father shows compassion to his children, so the Lord shows compassion to those who fear him.” (Psalm 103:13 ESV) While pale shadows of the love and compassion God has for us, our earthly fathers still show us how deeply God loves us. Even the discipline they sometimes need to give is an example of God. “For the Lord disciplines the one he loves, and chastises every son whom he receives. It is for discipline that you have to endure. God is treating you as sons. For what son is there whom his father does not discipline?” (Hebrews 12:6-7 ESV) Our fathers show many characteristics of God, and for that we should honor them.

For those who don’t have earthly fathers, God can show His love in their lives as well. “Father of the fatherless and protector of widows is God in his holy habitation.” (Psalm 68:5 ESV) God does not leave anyone without a father, because He is the ultimate Father who loves all of His children.

There is only one Father who should be revered and that is God. However, we should work to shift our culture towards respecting and honoring the fathers He has placed in our lives without diminishing the role and value of mothers. Fathers should aim to be the best reflections they can be of God’s love and compassion. Together we can turn back to viewing both parents in a way that is pleasing to God. 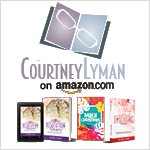 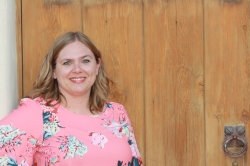 Courtney Lyman
Courtney Lyman lives in Tucson, Arizona with her husband, their three children, and two cats. She is the author of the KW Consulting series, the Holliday Hotel series, as well as a few Christmas novellas. She stays busy with her family's activities, her ministries at church, and in whatever time is left, knitting, singing, and playing games.