As a Christian romantic suspense author, I often don’t have to go far to get inspiration. It often comes straight from my life. One night this summer, Rajah the Wonder Cat thought she was saving all of us from a little plastic disk in my daughter Caitlyn’s closet by stalking it. When I went to pick her up to rescue her, she thought I was the attacker and dug her back claws into my thumb and sprang off of it. Not only did I have two significant puncture wounds, she did some serious damage to my right thumb. It ended up being in a splint and was greatly swollen.

Right now, I’m writing my next series, Beneath a Star-Lit Sky (you can check out my progress–or lack thereof–here), which creates its own pressure. Will I have time to makeup this slow down? Is this something I can use in a book? How would my characters respond to something like this?

As a writer and an editor, I’m pretty attached to my keyboard and mouse, both of which involve using my hands. Dictation only works so far, especially if you don’t use it all the time and don’t have a proper system set up. It’s not a quick replacement for a temporary injury.

But no matter how much preparation you do or how many systems you have set up, life is always going to throw you a curve ball. I’ve recently been talking to other writers about this. When we are planning out our writing schedules, we need to factor in “life happens” time. There’s just no way around it. It could be a sick family member, an injury, car accident, natural disaster, or a disaster in your house. These things happen that you just can’t plan for.

And that’s okay. It’s part of life, and going through these challenges gives us a chance to lean on each other. I’m not a big fan of asking for help, but circumstances like these force me out of my comfort zone. Friends and family most often would really like to help, if they just knew what to do.

Interestingly enough, I wrote a similar post last year about the nearby fires and my hip surgery. So the unexpected should really be more expected.

The funny part of this story is that I’ve broken this same thumb twice before, both while doing gymnastics when I was younger (much younger–read on to see the historical references). One summer I learned how to program in BASIC computer language because sitting in the hallway in front of the Apple IIe was the coolest place in the house, being it was in direct line with the swamp cooler. I couldn’t go swimming at the neighbors’, which was my usual afternoon activity.

I also learned to hit the spacebar with my left thumb, something that has stayed with me until today. Yay! One thing I don’t have to adapt to. However, we didn’t have a mouse back then. That’s been the biggest challenge.

That and tearing open cat food packets. Too bad Rajah the Wonder Cat hasn’t figured that one out herself. If she could, there would be no stopping her. Hmm, sounds like an idea for a story! 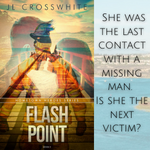 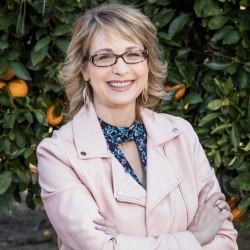 JL Crosswhite
I have an active imagination! A large part of the genesis for my stories began with a “What if…?” And when I’m writing suspense, I’m able to take all those scary thoughts and possibilities and turn them into a story. Add in a little romance, and things get really exciting!
My favorite thing is discovering how much there is to love about America the Beautiful and the great outdoors. I’m an Amazon bestselling author of romantic suspense and historical fiction, a mom to two navigating the young adult years while battling my daughter’s juvenile arthritis, exploring the delights of my son’s autism, and keeping gluten free. A California native who’s spent significant time in the Midwest, I’m thrilled to be back in the Golden State. Follow me on social media to see all my adventures and how I get inspired for my books!