Why did I set my book Persuade Me in the bush and not in the outback?

I could have done the latter. After all, the outback is more exotic than the bush and more recognisable too. The outback is probably the first thing people from other countries picture when they think of the parts of Australia that are outside the cities and beaches. It would have been easy to say that was where my book was set.

Because I chose to set the book in a particular place and I know where that place is.

Because as far as I am concerned, there is a difference between the outback and the bush.

Now, I know this is a personal opinion and I know this opinion is not shared by all people living in Australia. Some think the outback is anywhere there aren’t traffic lights. However, this book is based on my own personal experiences, and those of the people I know. So I polled my family and friends, those living in the bush and those who consider themselves city-folk, and we all came to the same conclusion: The outback is the red centre. The heart of the country.

One relative put it this way: “Outback is the vast unpopulated arid parts of Australia. Think red dirt and sparse vegetation. When I think outback I think unpopulated areas with extremely large stations.”

That is how I see it too. Which means… Clermont and the surrounding areas aren’t in the outback. They’re in what we think of as the bush. The part of the country that lies between the coastal, highly populated areas and the outback.

I grew up in the Clermont area knowing we didn’t claim outback status because we weren’t that far out. We lived in the bush. We didn’t live in that red dirt, sparse vegetation part of the country. We had grasslands, hardwood forests, and the like. It only took a two hour drive to get to town or a four hour drive to get to the coast. An area that is still dry and arid, still subject to drought and flooding rain, further out than farm country.

But not the outback.

And while I know my experiences and opinions might not be true of all Australians, I wanted to be true to what I and my family knew. True to what the people in the area where I set my book would think. 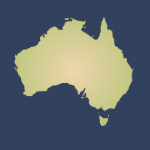 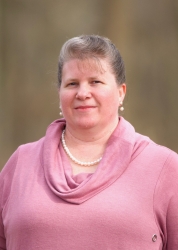 Joanne Markey
Originally from Australia, Joanne Markey now lives in Ohio with her husband and seven children. When she’s not reading or writing, you might find her wandering the property with her kids in search of whatever seasonal treasure they’re trying to find.