About that Viola on the Cover

You’re not alone if you assume it’s a violin on the cover of my debut novel, Her Memory of Music. It is not a violin, however, but rather its lesser-known cousin, the viola.

Her Memory of Music tells the story of a talented musician, single mom Ally Brennan, who lives with her son in Langley-by-the-Sea, where she attempts to run from a haunting past. Before I wrote Ally’s story, I interviewed several fine musicians. One of these, Bryn, is a classically trained violist. When I learned her story—and that of her viola—I knew I’d found my inspiration.

Like many violists, Bryn began her musical training playing the violin. Because of its compact size and musical versatility, the violin is exceptionally well-suited for social music—youth symphony, church ensembles, wedding quartets, and the like. Bryn was content with her instrument…until a couple of things happened when she was a teen.

First, after an audition, one of the judges—a friend of Bryn’s dad (who was himself a professional musician)—told him that good violinists were a dime a dozen, but if she switched to viola she’d “have the world at her feet.”

Six months later, she was at a music camp where there were “eleventy-seven” violins and only six violas. The conductor offered free lessons and a borrowed viola to any violinist who wanted to try the switch. Bryn’s hand was immediately in the air.

Then, the fall after she’d made the switch, Bryn accompanied her father on a European concert tour. The two wandered into a pokey little Parisian shop. There they found a dusty viola with scratches on the back that attempted to hide a crack that had been repaired. The story went that the instrument had been damaged years earlier when Gypsies threw it into the bushes while escaping The Law.

Bryn picked up the cracked viola and ran a bow across its strings. It sang beautifully, its sound completely unaffected by its flaw. Her father purchased the viola for a song, and it has been Bryn’s prized instrument ever since.

And that is how a 300-year-old viola with a crack down the back and no label became the model for the viola in my story.

As a side note—because of its defect, Bryn’s viola is worth only about $4000. Compare that to the custom-made one her professional-musician sister-in-law plays, valued at $20,000.

Perhaps it’s the romantic in me, but I’d rather have Bryn’s storied viola than a custom-made one worth five times more. Would you? 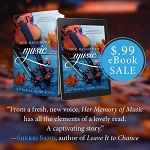 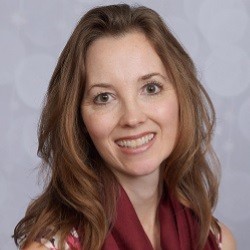