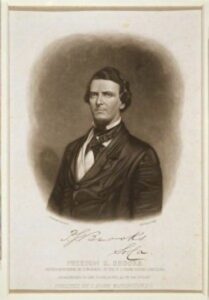 Politics can stir most anyone’s dander. Personally, I avoid it like the plague. But political discord, congressional disagreements, and infighting are grim realities of today’s world. They can provide fodder for a historical fiction writer also.

As heated as speeches, interviews, and press conferences can become, rarely has physical violence broken out among members of Congress themselves. We have yet to witness what South Carolinian, U.S. Representative Preston S. Brooks, one of my distant cousins, perpetrated on Senator Charles Sumner in the U.S. Congress on May 22, 1856.

According to an account of the event at www.ushistory.org, Republican Senator Sumner of Massachusetts, an avowed abolitionist, gave a bitter speech in the Senate after the sack of Lawrence, Kansas on May 21, 1856 in which he blasted the murderous robbers from Missouri, calling them hirelings, picked from the drunken spew and vomit of an uneasy civilization. 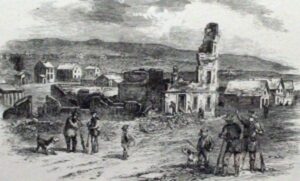 Part of Sumner’s speech was a bitter, personal tirade against South Carolina’s Senator Andrew Butler whom Sumner declared an imbecile. “Senator Butler has chosen a mistress. I mean the harlot, slavery.” Stephen Douglas predicted that a fool like Sumner would likely get himself killed by another fool. The speech went on for two days and another two days passed before the prediction proved true.

Representative Preston Brooks of South Carolina, a Southerner raised to live by an unwritten code of honor, considered defending the reputation of his family at the top of the list. As a distant cousin of Senator Butler, Brooks entered the Senate chamber where Sumner was working at his desk. “You’ve libeled my state and slandered my white-haired old relative, Senator Butler, and I’ve come to punish you for it.”

Brooks struck Sumner over the head repeatedly with a gold-tipped cane. The cane shattered as Brooks administered blow after blow on Sumner, but Brooks could not be stopped. Only after being physically restrained did Brooks end the pummeling.

Northerners were incensed. The House levied Brooks a $300 fine for the assault when they were unable to garner the votes to expel him. He resigned and returned home where South Carolina held events in his honor and reelected him to his House seat. Replacement canes were sent to Brooks from all over the south. This response outraged northern moderates even more than the caning itself.

His physical and psychological injuries kept Charles Sumner away from the Senate for most of the next several years. The voters of Massachusetts reelected him and let his seat sit vacant during his absence as a reminder of southern brutality. The violence from Kansas had spilled over into politics in the national legislature.

Which brings me back to politics today. Sure enough, what’s old is new. We’ve seen via news and online clips the brawls that have erupted in legislative bodies in countries around the world. And both violent and peaceful political gatherings in the U.S. We’ve seen the extremes to which political and religious fanaticism has taken some. And we’ve turned off our TVs to find peace amid the turmoil.

So far, we haven’t seen physical altercations among members of Congress like the one perpetrated by one of my distant Brooks relatives. Given today’s political temperature, would such a scene surprise you?

Lord, deliver us from such actions. Make us peacemakers instead. And keep the canes out of Congress. 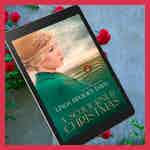 Linda Brooks Davis
Linda Brooks Davis was born and reared on a farm in Raymondville, a small Rio Grande Valley community in the southernmost tip of Texas. Linda earned a Bachelor Degree in Speech Pathology from Abilene Christian University and a Master Degree from Houston Baptist University. She retired in 2008 after forty years as a special educator and administrator. Linda and her beloved husband Al worship and minister at Oak Hills Church in San Antonio and dote on their grandchildren. Readers may contact Linda through her website, www.lindabrooksdavis.com.


Linda's debut novel, Amazon best-selling The Calling of Ella McFarland, Book One in the Women of Rock Creek series, is set in 1905 Indian Territory prior to Oklahoma statehood. It won the 2014 Jerry Jenkins Operation First Novel award. It subsequently won the ACFW Carol award for Debut Novel 2016.