Perhaps you’ve heard of Victory Gardens and Victory Mail (later v-mail). Maybe you’re even familiar with the Victory Liberty Loans, but are you aware of the dozens of U.S. manufacturers and organizations that jumped on the bandwagon early during World War II to capitalize on the concept?

But my favorite, for obvious reasons, is the Victory Book Campaign.

In 1939, there were only 174,000 men serving in the Army. By the end of 1942 there were 5,400,000, in 1943 there were 7,000,000, and by the end of the war there were 8,300,000. Naval strength increased by 1,400,000 sailors. Needless to say, it was a massive challenge to equip and organize the rapidly growing force, and despite the government’s understanding of the morale-boosting potential of good reading material, supplying books to military camp libraries simply could not be an immediate priority. Congress allocated money for buying new books, but process was slow, and the book distribution was limited to bases with new construction.

The American Library Association, the American Red Cross, and the United Service Organizations (USO) stepped in to fill the void and created the National Defense Book Campaign with a goal to have the public donate books for soldiers and sailors. The Victory Book Campaign, as it was renamed, was wildly successful in one sense. Nearly eleven million books were donated. However, almost half of those were unusable for various reasons. Eventually, the cost of shipping and unsuitability of soldiers carrying heavy hardcover books made the project untenable, and the program dissolved.

But the idea of supplying the men with reading material was still valid, so another organization was founded by booksellers, publishers, librarians, authors, and others. Called the Council of Books in Wartime, the organization was a non-profit and not connected to the government in anyway.

Philip Van Doren Stern of Pocket Books, producer of the first mass-market, pocket-sized paperback, was project manager, and his first order of business was to design a book that fit into the pockets of military uniforms. A volunteer advisory panel selected the fiction and nonfiction books that would be printed. During the four years of its existence, CBW issued 122 million copies of 1,324 titles.

That’s what I call victory. 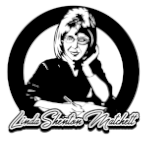 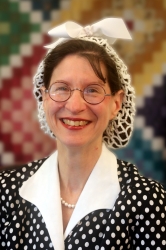 Linda Shenton Matchett
Linda Shenton Matchett writes about ordinary people who did extraordinary things in days gone by. A volunteer docent and archivist for the Wright Museum of WWII, she is excited to be working with the museum curator to create her very first exhibit that will be displayed next season. Linda is a native of Baltimore, Maryland and was born a stone’s throw from Fort McHenry. She has lived in historic places all her life, and is now located in central New Hampshire where her favorite activities include exploring historic sites and immersing herself in the imaginary worlds created by other authors.