These days, because of what is going on in the world, I’m feeling especially close to my Eastern European heritage. Two of my great-grandparents are from the sub-Carpathian region that extends from southern Poland to Slovakia to Ukraine and even to Romania. Both are from ethnic minority groups. My great-grandmother was Lemko, and my great-grandfather was Rusyn. These groups originated in Russia and Ukraine but migrated in the Middle Ages. At the end of the 19th century and the beginning of the 20th century, they were driven from their homeland by the Hungarians (as in the case of my great-grandparents) and by the Soviets and dispersed throughout the world.

As an author, one of the most fun things I get to do is to explore my heritage through my writing and to learn about other cultures along the way. I’ve written a novel set in the Netherlands, where a vast majority of my family is from. Several years later, before I knew that my great-grandmother was born in what is today Poland, I set a book there. I should have had a clue about my heritage when I noticed that most of my family’s recipes are Polish.

Last summer, I had the privilege to travel to Greece to research a WWII novel set there that’s due to release in December. I absolutely loved exploring the city of Thessaloniki and learning about the Greek culture and way of life. My twenty-something daughter loved that they stay up late and don’t get going very early in the morning. Let’s not forget about the amazing food we ate. Souvlaki. Moussaka. Baklava. Hungry yet?

One culture that I recently got to explore was the Texas Mexican culture for A Promise Engraved, which releases May 1st. I traveled to San Antonio and spent two days taking it all in. I was surprised at how Mexican the city felt compared to Houston, Dallas, or Austin. Spanish swirled around me, along with the pungent odors of chilis and cumin. The city is old, much older than the Midwestern cities I’m familiar with. I explored the Alamo and learned about those who died there—and the women and children who survived. I stood on the street corner and pictured in my mind the wall of the old mission being there, overrun my Santa Anna and his troops.

The Riverwalk was an absolute amazing experience. Even though I made this trip alone, I still enjoyed sitting on the balcony overlooking the river, the brightly lit boats floating by while I ate my fill of Tex-Mex food. Yes, I love learning about cultures through the food. The next morning, I struck out on a long walk through the city to the Historic Mexican market. When you read A Promise Engraved, you’ll see I describe the colorful square snowflake-like papers called papel picado strung across the market. That’s another thing that struck me about the city—just how colorful it was.

Maybe that’s why I love writing books that are set in different times and places all around the world. I hope when you read A Promise Engraved, that you get a sense of what San Antonio was like in 1836 and what it’s like today.

What are some books that you’ve read with really interesting settings? What place in the world that hasn’t been written about much would you like to see in a book someday? 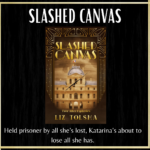 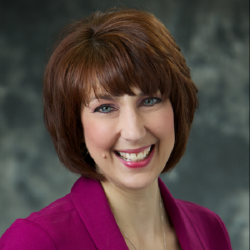 Liz Tolsma
Liz Tolsma is the author of several WWII novels, romantic suspense novels, prairie romance novellas, and an Amish romance. She is a popular speaker and an editor and resides next to a Wisconsin farm field with her husband and their youngest daughter. Her son is a US Marine, and her oldest daughter is a college student. Liz enjoys reading, walking, working in her large perennial garden, kayaking, and camping. Please visit her website at www.liztolsma.com and follow her on Facebook, Twitter (@LizTolsma), Instagram, YouTube, and Pinterest. She is also the host of the Christian Historical Fiction Talk podcast.