I’ve never particularly liked to start on a book until I have the beginning and the ending figured out in my head, as well as a rough idea of how I am going to get my characters from one to the other. Along that journey, however, many twists and turns suddenly appear that I didn’t anticipate and that often take the story in a different direction than I’d planned.

The same is true of my series. My romantic suspense series, The Night Guardians, was always meant to be a two-book set—Vigilant and Guarded.

And then Jax came along. Puerto-Rican-Canadian Private Investigator Juan Miguel (Jax) Rodríguez was not part of my original plan for the series. But after I introduced artist Mikayla Grant in Guarded, Jax popped into my head and somehow managed to convince me that she needed him in her life. Unfortunately for Jax, Mikayla was not as easily persuaded, so it took an entire, unanticipated third book, Driven, for the two of them to work that out.

There. Now The Night Guardians was a nice, neat trilogy and the series was complete. Right? Apparently not. Once again, Jax got into my head, begging me not to leave his long-lost brother, Diego, briefly mentioned in Driven, lost forever. Jax and his mamá needed closure. For a fictional character, Jax is remarkably persuasive, and so book four, Forged, was, well, forged.

Although I hadn’t planned them from the outset, I can’t imagine now how I could have left Driven and Forged unwritten. Jax and Mikayla and Diego’s stories have blessed my life in a myriad of ways, and I pray they will bless the lives of readers as well.

I didn’t know when I started the series exactly where it would go, but God did. The stories come from Him, and He has a plan and a purpose for them, as He does for my life and the life of every person on the planet. We can’t usually see very far ahead of us and have no idea what twists and turns the journey will take us on. Because of her past trauma, Mikayla struggles with that, with not knowing where the road will take her. When she asks Jax, who has picked her up in a limo to take her somewhere to surprise her, where they are going, the following exchange ensues:

The corners of Jax’s mouth twitched as he shook his head. “So impatient. You don’t always have to know where the journey will end, you know. It is okay sometimes, better even, to simply trust that where you are going is a good place, and to rest in that.”

“How can I trust in a place if I don’t know where it is?”

His smile held compassion. “You don’t trust in the place, preciosa. You trust in the one who is taking you there.”

Whether or not I have my books or my series completely plotted out before I begin them, God knows the story He wants me to tell and He will give it to me as I need it. And the same is true of my life. Even if I can’t see beyond the next small step I need to take, I can trust that He knows what it is and will guide me along the pathway. And He will be with me every step of the way.

My hope and prayer for every one of my stories is that readers will come to see that the truth of those words and they will experience it in their own lives as they move forward in faith, trusting the One who is taking them wherever they need to go. 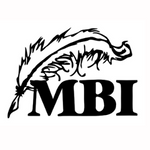 Mountain Brook Ink
Mountain Brook Ink is a small traditional publisher based out of White Salmon, Washington. MBI’s owner, Miralee Ferrell, is herself a multi-published ECPA bestselling author, and several of her books have been made into movies for TV. MBI publishes a wide range of genres, from contemporary romance and women’s fiction to historical fiction and suspense, and our Mountain Brook Fire imprint publishes speculative fiction. A number of MBI authors have won or placed as finalists in the Selah, Cascade, and Christy awards, among other recognitions.