To Honor the Caregiver

The prophet Ezekiel is recorded in scripture as having a wife. She is mentioned only in passing in Ezekiel 24, But knowing she’s there helps explain a lot of things.

God required a lot of symbolic actions from Ezekiel, including being mute for seven years (aside from the direct words God put in his mouth) and paralyzed for fourteen months on one side or the other.

What did Ezekiel’s life look like while he was laying on his left or right side?

Since  he was married, it is logical to think that the entire family would have had to eat rations as if they were under siege.

I wrote Ezekiel’s Song with caregivers in mind.

When someone becomes bedridden our prayers and thoughts go toward them, naturally so. But I’d like to remind you that there is also the caregiver who may not be physically suffering like the invalid, but along with caring for the needs of their loved one, caregivers will often have to work outside the home to stay on top of bills. They are unable to hang out as they once did. Their role can easily get swallowed up in

At the onset of the illness, friends will send food to help out, and offer to do things for the family. But eventually the casseroles stop coming in and the offers will dwindle.  The caregiver will be decline once to many times, and the invitations cease.

The friends’ lives have moved on, as we have the tendency to do, and the caregiver is left in a lonely place.

Perhaps caregivers won’t be able to accept the invitation for coffee, but they could benefit from being thought of. Truthfully, each person will be different in the way they benefit from your thoughtfulness.

In Ezekiel’s Song, Shiri feels like she isn’t making a difference for God because all she is able to do is care for her husband, but God meets her where she is at, and helps restore her joy in serving Him in the menial tasks.

Just as God asks his shepherds to be His hands and feet—just as Shiri physically tended Ezekiel’s needs—He asks us to look out for those who are weary and down trodden.

How can you be a blessing today to a caregiver? 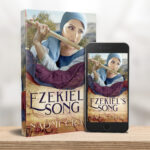 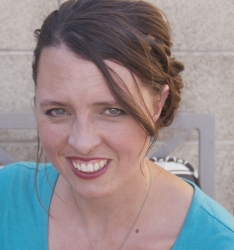 Naomi Craig
Author of Biblical fiction, avid reader, pastor's wife, Naomi loves reading the Bible and imagining how things were at the time. When she’s not serving in various areas at church, homeschooling her daughter or trying to stay on top of mountains of dishes, you'll most likely find her enjoying a good book and a cup of coffee. Naomi co-hosts #BehindTheStory, an author interview show on YouTube.