Being Rumpled Up in Your Mind

“I don’t think secrets agree with me, I feel rumpled up in my mind since you told me that,“ said Jo rather ungratefully.

Who doesn’t love Jo March in Little Women? This was Jo’s response to Laurie when he told her about Mr. Brooke’s keeping Meg’s glove. Jo, who has no trouble speaking her mind, struggles with what this secret means for her and her sisters’ futures. She doesn’t want Meg to get married. She likes the status quo.

If Fiona, in my book, The Fragrance of Violets, had read Little Women, I’m sure she would have agreed with Jo about secrets. Her mother tells her a secret that changes everything about what she believed about who she was and the relationship with her alleged father.

Her mind was definitely rumpled up. More than rumpled. The secret differed from the one in Little Women. It was an earth-shattering, soul crushing one. Because the secret involved others whose lives it would also change, it complicated her struggle.

Jo and Laurie ran pell-mell down a hill to work off the “rumple.” Fiona often went for a run when she was angry, but she didn’t deal with this secret in the same way. Instead, she had two people, her best friend and her boyfriend, who were godly encouragers and could share biblical wisdom.

The bottom line was, regardless of the secret, or maybe because of it, she had to forgive. With following the Lord’s admonition to forgive others because of how much He had forgiven her, she could deal with it and find peace.

Not that it would be easy for Fiona or for us. But I’m thankful the Lord goes through all circumstances with his people.

Do you like secrets? How do you deal with heartbreaking, life-changing news? Do you have loved ones and friends you can turn to for biblical counsel? Of course, the Word is there for us, regardless. But it’s a blessing to have people around us who can challenge and encourage us. Just like Fiona.

What’s that you say? I didn’t tell you the secret? I know. That would be a spoiler. I hope it doesn’t rumple you up in your mind. 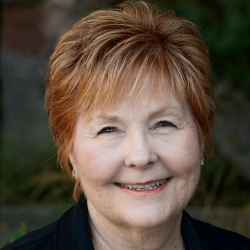 Susan K. Beatty
Susan K. Beatty is in her third career—her life-long dream to be a novelist. She is proof you can start a new writing career late in life. Susan released her first published fiction in September 2019, will soon release other novelettes, and her first novel will release May 2021.